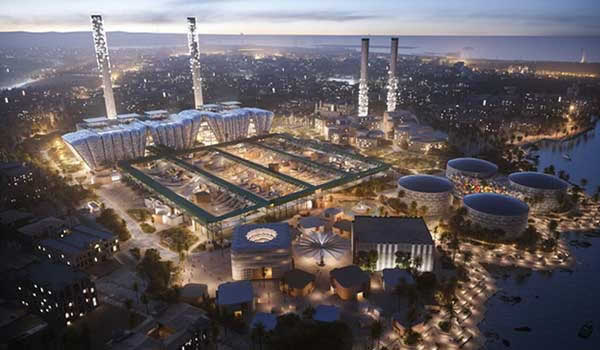 Jeddah Central Project is expected to add $12.5bn to the kingdom’s economy by 2030

The ambitious project will be built on 5.7 million square metres of land overlooking the Red Sea and will be financed by the Public Investment Fund alongside local and international investors, according to the Saudi Press Agency.

The launch of the master plan comes as part of the Crown Prince’s efforts to develop all regions and cities of the kingdom, it added.

The project envisions the creation of a world-class destination overlooking the Red Sea in the heart of Jeddah and will further strengthen the city’s economy, the Crown Prince said.

The Jeddah Central Project is expected to achieve an estimated added value of SR47 billion for the kingdom’s economy by 2030 and will include four main components – an opera house, museum, sports stadium and oceanarium.

In addition, the city will benefit from the development of residential areas, encompassing 17,000 homes and hotel projects that offer more than 2,700 rooms, as well as integrated solutions for the business sector.

The project will also feature a marina and beach resorts, restaurants and cafes and retail offerings.

The waterfront of the project will be 9.5km long, which includes a promenade, a marina and a 2.1km long beach.

Open spaces and public services make up 40 percent of the project area, with the provision of designated walking areas.

The project’s developer, Jeddah Central Development Company, was established in 2019 by the Public Investment Fund. It will complete the project in three phases, the first of which is set to be finished by the end of 2027. Currently, the company is working with authorities to ensure the implementation of every stage of the project.

More than 500 expert engineers and consultants participated in the development of the master plan, representing five of the best design houses in the world, the statement said.