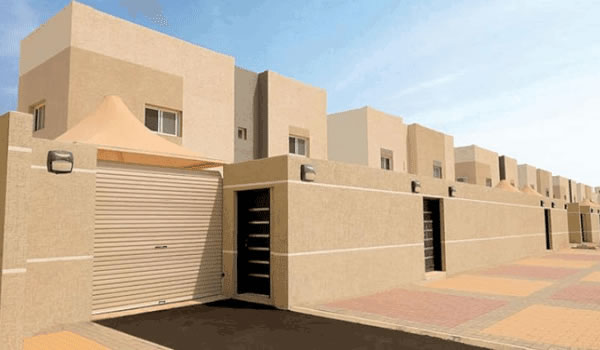 The Sakani program has wrapped up four projects in the Eastern Region, and three other initiatives are over 90 percent completed.

Sakani is a real estate initiative launched in 2017 by the Ministry of Housing and the Real Estate Development Fund to support Saudi citizens to own their first home.

Completed projects include Nasaj Town, with 674 housing units, the Saraya AlGharoub initiative, which provides 116 homes, the Mada Oasis project, which will serve 282 families, and the Al-Bayraq Villas settlements in Al-Mubarraz, which offers 178 units.

The Eastern Region’s housing projects with over 90 percent completion include Al-Qatif Al-Badrani, with 196 units, Al-Barraq Villas in Dammam, with 959 housing units, and the “MD” project, which will offer 728 town houses.

Some 34 housing projects are being implemented in the Eastern Region to provide more than 22,000 diverse homes.

Some 144,000 houses will be distributed through 101 Sakani projects throughout the Kingdom.

The scheme runs in partnership with the private sector and channels financing options to people who can also construct their own homes.